John Huss was the spark. Martin Luther lit the torch. Men like Ulrich Zwingli and John Calvin fanned the flames of the Protestant Reformation, which this month will celebrate its 500th year anniversary! Isn’t that remarkable? This magnificent movement of the gospel swept across Europe more than five hundred years ago. You may not know all these men, but without them you would not know many of the freedoms we take for granted, like reading the Bible in our own language, hearing a sermon based solely on Scriptures, and embracing the sweet message of grace after faltering in sin.

Prior to the Reformation, spiritual ignorance shrouded the world and corruption darkened the established church. John Wycliffe lit the flame of truth when he protested the fact that the Scriptures, chained to the pulpit and written in the dead language of Latin, were not accessible to the people.

In 1382, Wycliffe finished translating the Latin Vulgate into English. Though John Huss knew that the church had stripped Wycliffe of his position at Oxford, forbade him to preach, and burned his exhumed body after his death, Huss continued to fan Wycliffe’s flame by exposing hypocrisy in the church and elevating the truth of Scripture. Huss’s words were silenced when he was covered in tar and oil and set on fire . . . but his message was reignited a century later through the voice of Martin Luther.

Luther, who had himself discovered that the only way to receive forgiveness for sin was to accept it as a free gift from God, refused to stand by and watch the religious charlatans of his day extort the people. So, at noon on October 31, 1517, he nailed his Ninety-Five Theses on the subject of indulgences to the door of the Castle Church in Wittenberg, Germany, unaware of the great influence his bold convictions would have on other European Reformers like Ulrich Zwingli and John Calvin as well as on generations to follow.

In carrying out such fervent, faith-based beliefs, the Reformers started a blaze that would burn throughout Europe and radically change Christian practices and beliefs for centuries to come.

As we celebrate this momentous anniversary of our spiritual heritage, let’s join in a chorus of thanksgiving and praise to God for His immense faithfulness in bringing about this monumental and life-transforming Reformation. And may we pledge together to carry the torch of freedom into all generations to come.

Adapted from Insight for Living 2010 Reformation Tour booklet, Her We Stand, “Why Is the Reformation Important?” p. 23. 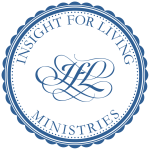 View posts by Insight for Living

Insight for Living Ministries is committed to excellence in communicating the truths of Scripture and the person of Jesus Christ in an accurate, clear, and practical manner so that people will come to an understanding of God’s plan for their lives, as well as their significant role as authentic Christians in a needy, hostile, and desperate world.