Skip to content
Home » Doing Time in a First-Century Prison

The Mamertine Prison in Rome could have been called the “House of Darkness.” Few prisons were as dim, dank, and dirty as the lower chamber Paul occupied. Known in earlier times as the Tullianum dungeon, its “neglect, darkness, and stench” gave it “a hideous and terrifying appearance,” according to Roman historian Sallust.1Sallust, The War with Catiline, 55.5, in The War with Catiline, The War with Jugurthine, trans. J. C. Rolfe, rev. John T. Ramsey (Cambridge, Mass.: Harvard University Press, 2013), 133.

It sounds like suffice punishment to spend any amount of time in Mamertine, but prisoners in the ancient world were rarely sent to prison as punishment. Rather, prisons typically served as holding cells for those awaiting trial or execution. We see this throughout Scripture. Mosaic Law made no provision for incarceration as a form of punishment. Jeremiah was imprisoned under accusation of treason (Jeremiah 37:11–16) but was transferred to the temple guardhouse after an appeal to King Zedekiah, who sought to protect the prophet (37:17–21). And though Jeremiah was later thrown into a cistern, the purpose was to kill him, not imprison him (38:1–6). Even Jesus temporarily endured incarceration just before His trials and execution.

During Paul’s first imprisonment, he awaited trial before Roman governors Felix and Festus (Acts 24–26). He then was under house arrest in Rome for two years (28:30), awaiting an appearance before Nero. Scholars believe Paul was released sometime in AD 62 because the Jews who had accused him of being “a real pest and a fellow who stirs up dissension” (24:5) didn’t press their case before the emperor. During Paul’s second imprisonment, however, in the Mamertine dungeon, he had apparently had a preliminary hearing and was awaiting a final trial. He didn’t expect acquittal (2 Timothy 4:16); he expected to be found guilty, in all likelihood, for hating mankind2Tacitus, Annals, 15.44, in Annals, Histories, Agricola, Germania, trans. Alfred John Church and William Jackson Brodribb (New York: Alfred A. Knopf, 2009), 354.—his refusal to participate in Rome’s social and civic life, which was intertwined with pagan worship. From there, Paul believed only his execution would be left, which was probably carried out in AD 68 (4:6–7).3Paul must have languished in the Mamertine Prison for a couple of years before his beheading (as befitting his status as a Roman citizen), which, according to tradition, occurred on the Ostain Way about three miles outside the city. Eusebius notes that Paul and Peter were executed during the same Neronian persecution, though Peter was crucified upside down, as he requested. See Eusebius, The Ecclesiastical History, vol. 1, 2.25.6, 8 and 3.1.2, trans. Kirsopp Lake (Cambridge, Mass.: Harvard University Press, 1926), 181, 183, 191.

God’s servants often have faced a variety of unjust circumstances—just as Jeremiah and Jesus and Paul did. But regardless of the places in life that seem to imprison us, we must keep the broader view that Paul embraced even while in chains—a perspective that gives purpose even to the most painful of circumstances: “Paul, a prisoner of Christ Jesus” (Philemon 1). 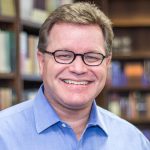