Skip to content
Home » Waiting in a Weary Land

One of the favorite places I visited when touring Israel was the Judean Wilderness. Because this wasteland sits almost completely unchanged from biblical days, I found it easy—even eerie—to gaze across the landscape and ponder that men such as Joshua, David, Jeremiah, John the Baptist, and Jesus saw these hills almost exactly as I was seeing them.

During one of the most desperate times of David’s life, the one who was the anointed future king of Israel found himself running as a renegade in the very land over which he would one day rule. Pursued by the jealousy of King Saul, David took refuge in the Wilderness of Judah. Here David prayed, “My flesh yearns for You, / In a dry and weary land where there is no water” (Psalm 63:1). David wasn’t kidding about the land. It consisted of endless piles of rocks, steep hills, no trees, meager vegetation, little water, slight shade, and lizards. As far as my eye could see, it was empty, dry, and depressing.

But, the remoteness of the Judean wilderness offered an ideal hideaway. Throughout the Scriptures, this wilderness is often described as a place both of escape and of spiritual solitude. Why? Because no one would want to follow you there!

The “dry and weary land” served as a backdrop for David’s own weariness. And the lack of water around him illustrated an even deeper thirst he felt: “My soul thirsts for You” (63:1). At the height of his emotional and physical distress, David sought refuge in his spiritual life. He yearned for God.

During the many years that David fled from Saul, God also used this wilderness to shape David’s character through the discipline of waiting on Him. The Lord does the same in our lives, doesn’t He? God often allows the weary circumstances to compel us finally to do what we should have done at the beginning: surrender all control to God.

The unchanging landscape of the Judean Wilderness reminds me of God’s unchanging commitment to shape our lives as believers to resemble the life of His Son. With that as our goal, isn’t the weary wilderness He leads us through worth it?

Article adapted from Wayne Stiles, Going Places with God: A Devotional Journey through the Lands of the Bible (Ventura, Calif.: Regal Books, 2006); and from Wayne Stiles, Walking in the Footsteps of Jesus: A Journey through the Lands and Lessons of Christ (Ventura, Calif.: Regal Books, 2008). Used by permission. 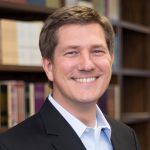 Wayne Stiles is a graduate of Dallas Theological Seminary with a doctorate of ministry. Wayne currently serves as executive vice president and chief content officer at Insight for Living where he leads alongside a creative team of writers, editors, pastors, and designers.Wayne has contributed as a writer for our popular Insight’s Handbook, LifeMaps, and Passport series. He has also authored two books with Regal Books Publishing.